Hola guys! I know I’ve been pretty bad this week in terms of posting – but there’s been a bug going around uni and work, and I’m one of the unfortunately few to have caught it. Bummer! Not to worry though, it hasn’t been too bad. Being sick  has its advantages though, and it’s being able to stay at home and watch youtube (and read heh)! And there’s been some GREAT trailers out this week for the YA book world.

First up, is the official theatrical trailer for … *drumroll*

Eeeeep! I am extremely excited about this movie, having loved the series immensely. Read my 4 out of 5 stars review for The Maze Runner HERE. The casting for the movie is great, and I love Kaya Scodelario in basically anything she does (Skins anyone?). And the maze … lost for words! Wowowow, it’s crazier than I expected it to be. There’s a few nit-picky things I don’t like, like how Theresa seems to be awake and talking to Thomas – but that’s ok! Will be good to see how they adapt the story onto film.

Anyone else waiting eagerly for this movie?

END_OF_DOCUMENT_TOKEN_TO_BE_REPLACED 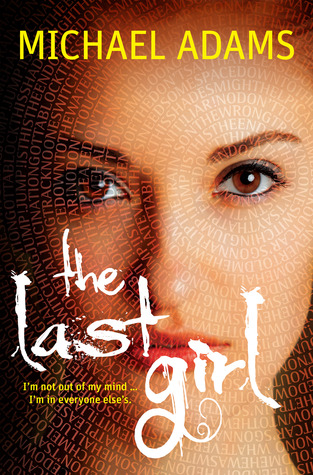 Synopsis: “The end of the world happened quickly. The sun still shone, there was no explosion – just a tsunami-sized wave of human thought drowning the world in telepathic noise as everyone’s inner-most secrets became audible. Everyone’s thoughts, that is, except sixteen-year-old Danby.

Everyone looked like bad actors in a poorly dubbed movie. Their expressions didn’t match their emotions and their lips didn’t sync with what they were saying. But they were all so loud.

The end of the world happens in the blink of an eye.

When The Snap sweeps the globe, everyone can instantly hear everything that everyone else is thinking. As secrets and lies are laid bare, suburbs and cities explode into insanity and violence. What might have been an evolutionary leap instead initiates the apocalypse.

Sixteen-year-old Danby Armstrong’s telepathy works very differently. She can tune into other people but they can’t tune into her. With only this slender defence, Danby must protect her little brother and reach the safety of her mother’s mountain retreat. But it’s 100 kilometres away and the highways are blocked by thousands of cars and surrounded by millions of people coming apart at the psychic seams.

Danby’s escape is made even more dangerous by another cataclysm that threatens humanity’s extinction. And her ability to survive this new world will be tested by a charismatic young man whose power to save lives may be worse than death itself.” (Taken from Goodreads)

Oh. My. God. How freaking awesome does that sound?! The trailer is just the beginning of what looks like a rollercoaster ride of a book. I wouldn’t even want to imagine hearing or having other people be able to hear my thoughts. Not only is that borderline creepy, but I would probably go insane as well. Such a riveting concept for a book, I can’t wait to get my hands on a copy!

Synopsis: “Dancing with someone is an act of trust. Elegant and intimate; you’re close enough to kiss, close enough to feel your partner’s heartbeat. But for Vanessa, dance is deadly – and she must be very careful who she trusts…

Vanessa Adler attends an elite ballet school – the same one her older sister, Margaret, attended before she disappeared. Vanessa feels she can never live up to her sister’s shining reputation. But Vanessa, with her glorious red hair and fair skin, has a kind of power when she dances – she loses herself in the music, breathes different air, and the world around her turns to flames…

Soon she attracts the attention of three men: gorgeous Zep, mysterious Josh, and the great, enigmatic choreographer Josef Zhalkovsky. When Josef asks Vanessa to dance the lead in the Firebird, she has little idea of the danger that lies ahead – and the burning forces about to be unleashed…” (Taken from Goodreads)