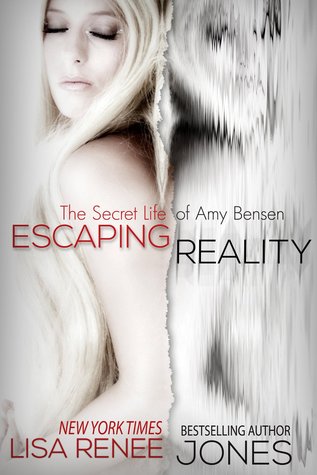 Synopsis: “Infinite possibilities…. Infinite passion….. Infinite danger…. His touch spirals through me, warm and sweet, wicked and hot. I shouldn’t trust him. I shouldn’t tell him my secrets. But how do I not when he is the reason I breathe? He is what I need.At the young age of eighteen, tragedy and a dark secret force Lara to flee all she has known and loves to start a new life. Now years later, with a new identity as Amy, she’s finally dared to believe she is forgotten–even if she cannot forget. But just when she lets down her guard down, the ghost’s of her past are quick to punish her, forcing her back on the run. On a plane, struggling to face the devastation of losing everything again and starting over, Amy meets Liam Stone, a darkly entrancing recluse billionaire, who is also a brilliant, and famous, prodigy architect. A man who knows what he wants and goes after it. And what he wants is Amy. Refusing to take “no” as an answer, he sweeps her into a passionate affair, pushing her to her erotic limits. He wants to possess her. He makes her want to be possessed. Liam demands everything from her, accepting nothing less. But what if she is too devastated by tragedy to know when he wants more than she should give? And what if there is more to Liam than meets the eyes?” (Taken from Goodreads)

Escaping Reality is the story of Lara, who’s on the run from something or someone. At the beginning of the novel, we see she’s working at a museum but is suddenly warned by her ‘secret helper’ that she’s in danger again so she must leave the state immediately. She’s provided with a new identity, some money, and a ticket out of New York. Without really questioning much and propelled by fear, ‘Lara’ adopts her new identity as ‘Amy Benson’.

If you really asked me what this book was about, then I can honestly say I have no idea. What started out as an interesting mystery, with Amy running away from a figure that’s stalked her for half her life, spiralled into another mess of a novel for the New-Adult genre. The only reason I stuck out till the end was for answers – like who the heck is stalking her/wants her dead?! Do we get any answers though? Nope. What I was left with instead was a cliffhanger, and an intense need to throw my kindle across the room.

This book just frustrated me to no end. It was a hot, hot mess.

Let’s start with our MC shall we? Amy Benson is your typical girl, trying to find her way in the world. We are only allowed small glimpses into her background as she’s extremely secretive, even in her inner monologues. All I really know about her is she lost her whole family in a fire, and her dad was an archaeologist. How that equates to running for her life is still a mystery to me. I found Amy to be extremely flat, having no refining personality traits that made her feel realistic. She was a pushover, and so naive I often wondered how she’s still alive. She apparently has a ‘helper’ that warns her of danger, and sets her up with new identities and jobs when she needs one. She’s never met this person before, but yes, trust them anyway. What other option do you really have? #sarcasm

Amy meets this billionaire architectural prodigy on the plane as she’s fleeing NY, and they really hit it off. At first, Liam Stone was actually likeable, but as the story progressed and he got more possessive and aggressive, I wanted Amy to wake up and think for herself. But no, after he basically follows her to her new apartment and seduces her, Amy can’t seem to leave him. Even as she inwardly tries to convince herself that her past will hurt him (pfft), or she that can’t commit to a long-term relationship, she goes in a loop-di-loop that makes you want to rage-quit. And don’t even get me started with the way Liam chains her to him with offers of sex, money and companionship. He knows all the right buttons to push, and Amy is just stupid enough to fall for it. Her feeble attempts to pretend she’s not weak and didn’t need money ironically highlighted just how weak and stupid she is.

Oh, and let’s also throw in the hot neighbour from across the hall into this messed up relationship so his presence can demonstrate Liam’s wacko possessiveness.

Plot-wise…well there were tidbits scattered here and there, but it was heavily overshadowed by the ‘romance’ and sex. Amy continues to act all mysterious and secretive, frustrating everyone to no end. Nothing exactly happens in this book besides Amy and Liam’s relationship. You only get a hint of the actual plot on the last few pages. Not impressed. I just read 200 pages that basically set me up for the next book.

There is so much stigma surrounding the NA genre today, and I had hoped that the promise of a mystery would provide this book with a little bit of much needed sustenance. Unfortunately, this was just another ‘typical’ NA, with a focus on romance that basically spat on its own plot.

Would I ever recommend this book to my friends? N-O. No.

Thank you to Julie Patra Publishing on Netgalley for providing me with an eARC in exchange for an honest review.